A multiple vehicle crash in Washington D.C. lead to the injury of 21 people, one of those was a young teenager who was ejected from the school bus they were in. 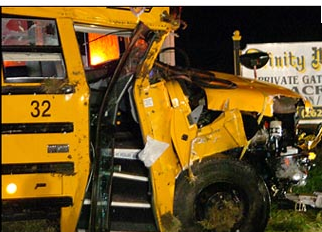 On November 26, 2012, a multiple vehicle accident including three vehicles and a school bus occurred on Nebraska Avenue in Washington D.C. The accident happened when a vehicle turned into oncoming traffic, causing vehicles to have to swerve out of the way which caused the four vehicle accident.

Has your child been in a school bus accident? Did they suffer injury? If you would like to be compensated for your losses such as medical expenses, call a Washington D.C. accident attorney for a consultation. They will review the accident report and even gather more evidence if necessary. They will be sure that your family gets the compensation they deserve.