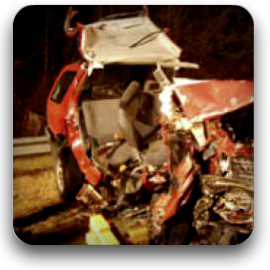 Robert Keyser, a 59 year old Maryland man was driving down Route 216 when he found himself in a head-on collision that ultimately ended his life.

Keyser was going east on Route 216 when a pickup truck suddenly crossed the yellow line and struck him head-on. Keyser was then sent to York hospital where he died.

Two other cars were involved in the accident, causing a four car pileup. The two cars were unable to stop before hitting the pickup truck and Keyser’s Ford Focus.

So far there is no word on any other injuries. However, one thing is certain; there was probably a lot of property damage done to the vehicles involved.

The death of Keyser will bring upon many stressors for his family. Not only will they be mourning their loss, but they will soon need to face unforeseen funeral costs. This is when a Washington DC and Maryland accident attorney can help you. They will fight for your right to compensation.

Car accident fatalities are very slowly trending in the right direction in Maryland and Washington, …