Washington D.C. – Most people get anxious before they have surgery, they know there are risks associated with anesthesia and complications can easily arise. However, they never expect a surgeon to leave a scalpel, surgical scissors or cotton balls in their bodies. But it happens at an alarming rate. A new study conducted by Johns Hopkins University shows that surgeons frequently make mistakes during routine procedures, leaving thousands with additional unnecessary personal injuries. 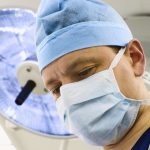 Results from a study of malpractice records published in the December 19th edition of Surgery, medical journal showed surgeons operate on the wrong patients or the wrong body parts and leave medical equipment inside bodies after surgery. These are referred to as “never events” because they medical community agrees these things should never happen, according to Live Science.

Researchers analyzed data from the National Practitioner Data Bank which tracks the malpractice suits and found that a minimum of 10,000 “never events” which resulted in a malpractice claim occurred within the past decade.

While these events are rare, on average cotton balls, sponges and gauze are left inside a person’s body 39 times a week. Doctors operated on the wrong body or patients 20 times per week.

And these statistics may be on the low side, many of these events occur but are not tracked or entered into a database; the researchers derived their statistics from malpractice lawsuits. According to ABC News these medical errors cost the healthcare system an estimated $1.3 billion a year.

“What we described in a study is the low end of the range,” Dr. Makary, co-author of the study said, “There are definitely more of these occurring.”

According to Live Science, previous studies have shown these mistakes occur most often when multiple medical teams operate on a single patient or when the patient happens to be obese, Dr. Makary said. Mistakes which are avoidable also happen when nurses don’t feel confident enough to speak up when something seems amiss.

These medical errors can cause severs personal injuries in patients, some of which can be permanently disabling or lead to death.

Doctors are well-trained but they make mistakes like everyone else, Dr. Makary believes many of these mistakes can be avoided so long as hospitals put safety checks in place. Tagging surgical instruments and equipment with tacking chips, that can be easily detected with a post-operative scan if one solution to correcting unnecessary and injurious mistakes.

Dr. Makary says the majority of these surgical errors are not caused by negligent doctors instead they are the fault of hospitals which don’t have proper safety checks in place. By simply instituting a system of checks and empowering nurses many of these incidents will be avoided.

Regardless of training and enhanced safety measures it is inevitable that some people will be injured by a surgeon, medical doctor and even pharmaceuticals. The injuries from medical malpractice can be debilitating.

Medical malpractice victims in the Washington D.C. area can turn to attorney Lawrence Lapidus to file a lawsuit. His extensive expertise in this area can assure you get the maximum amount of compensation you deserve for your troubles.