Washington, D.C. – In the past decade, 15,000 motorists have been killed on the highways in the three states that surround the D.C. metropolitan area.  This is a shocking statistic, but the Advocates for Highway and Auto Safety, a non-profit group, aims to prevent these unnecessary deaths and personal injuries. 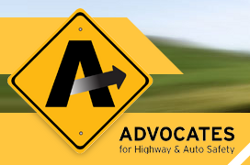 The group analyzes accident data from all fifty states and makes suggestions on how to enhance safety on the nation’s highways and have offered suggestions to lawmakers in D.C., Virginia, and Maryland to make commuters and other motorists safer when traveling to their destinations.

“People are traveling between D.C., Maryland and Virginia, and it doesn’t make sense that we have different rules for the road,” Gillian said.

Advocates have been successful at lobbying legislators to pass laws based on their suggestions. Virginia has passed eight laws based on their suggestions, Maryland ten and D.C. fifteen. Most recently, D.C. passed a law which requires ignition interlock devices for first-time DUI offenders which seems wise in light of the fact that at least half convicted DUI offenders are likely to repeat the offense. That’s one more step in the right direction but Gillian believes D.C. area legislators could and should do more.

Changing the seat belt laws for instance can dramatically reduce serious injuries or deaths in Virginia. Police are not allowed to pull over motorists, who are not wearing their seat belts, despite the fact that seat belt use reduces the chances of being seriously injured in a collision by 45 percent. A person in Virginia can however be cited for not wearing their safety belts if they are stopped for another traffic infraction.

The group also thinks that increased penalties texting and cell phone use could also reduce traffic collisions. Virginia and D.C. have a ban on cell phone and texting for motorists. Maryland only bans the use of a hand held device and texting; drivers are allowed to talk on their cell phones through hands-free methods even though the NHTSA studies show that talking while operating a vehicle is distracted driving.

Drunken or distracted driving are two of the primary causes of serious accidents in the D.C. area and the nation as a whole. Yet people still engage in this dangerous behavior despite the risks they pose to themselves and others. In the 5 seconds that a person traveling at 55 mph takes their eyes of the road, they travel the length of a football field. That is quite a distance and a lot can happen; other cars, cyclists or pedestrians could suddenly appear in the driver’s path and a serious accident can happen, forever changing the lives of both parties.

When you have been injured by a distracted or otherwise negligent driver you have the right to seek compensation for your injuries. If you need a practiced and highly-successful personal injury attorney in the Washington D.C. or Maryland area Lawrence Lapidus is the right man for you, because has obtained large judgments for his clients in his decades of litigation.